Popular posts from this blog

By Ursula Povey - December 06, 2019
To have an idea of what we do, read some past newsletters from Friends of South Surrey Park by clicking  here
Read more 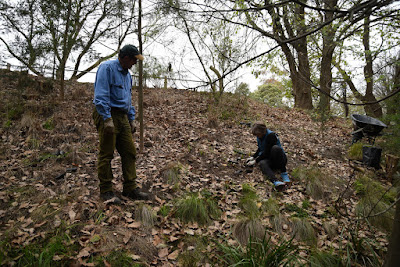 The working bee of Sunday 28 August put in around 1200 seedlings along the embankment down from the playground and the sides of the creek.  A committed group of twelve kept going until nearly all the plants were gone. Adrian's powered hole digger certainly speeds things up. It was quite a long site so we had two planting parties quite separate from each other. A special mention for Suet Mon and her son Thomas, who is in Prep grade - both worked very hard the whole morning. We finished, as usual, with a well earned morning tea.
Read more 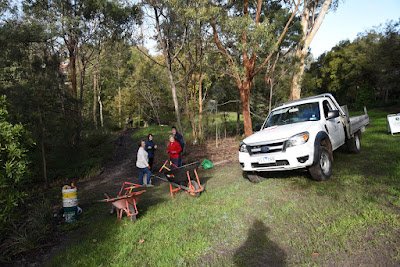 Sunday Working Bee Report - 26 June 2016 We planted lots of grasses and some shrubs in the bush area just below Delta Street.  The soil was quite moist after the recent heavy rain so punching holes with the Hamilton tree planting tools was easy. As always, we finished with morning tea and a good chat. Our next working bee is Sunday 31 July (also National Tree Day) so come to the park to help with some planting and enjoy the free BBQ lunch provided by the City of Boroondara to participants.
Read more 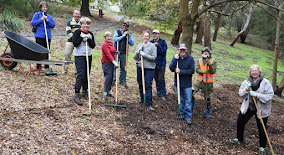